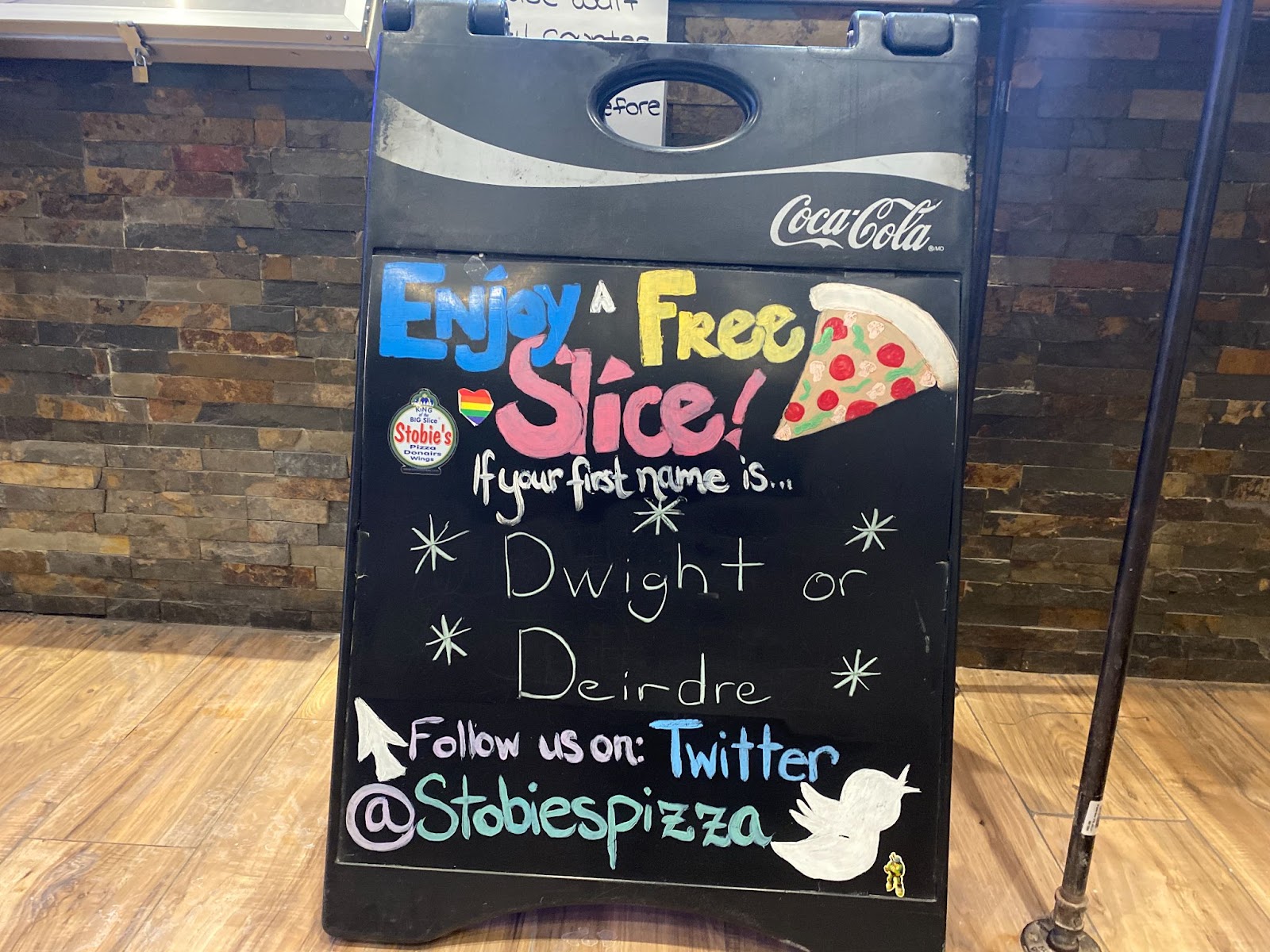 After a two-year hiatus due to pandemic restrictions, the free slice sign is back at London’s most notorious pizzeria, Stobie’s.

Tragically, Stobie’s stopped giving out free slices when the pandemic took hold in March 2020. Verifying names and selling individual slices wasn’t possible due to diminished staff and restaurant restrictions. However, on January 22, Stobie’s surprised the London community with the return of the tradition.

A random name generator is used to decide which two names get chosen. If one of the names happens to match the one on your I.D, then you can be the lucky recipient of a famously large Stobie’s slice.

“Honestly, I don’t even know who started it, but it’s been going on for over a decade at this point,” says Philip, a Stobie’s employee. Today, Philip had the honour of writing the names on the sign at the front of the restaurant.

Although the sign is well known to those who frequent the downtown pizzeria, nestled in the south end of Richmond Row, most of the community gets their free pizza information from the restaurant’s social media feed.

“We have people come in and tell us that they check our twitter every single morning hoping that today will be their name day,” says Philip.

For Deirdre Estergaard, today is that day. “I was tagged in their post like a million times by everybody I know,” says Estergaard as she receives her free slice of pepperoni. The rarity of Stobie’s writing down her name was enough to change her dinner plans. “I eat keto, so this is a huge treat for me. But, I mean, I’m not passing up this opportunity,” says Estergaard.

The promotion is great for business as well as community morale, according to Philip. “People really seem to love it. And when they come get their free slice, they bring their friends or family too,” he says.

The reaction to Stobie’s free slice sign indicates that no matter what your name is, there are few things in life as universally exciting as free pizza. 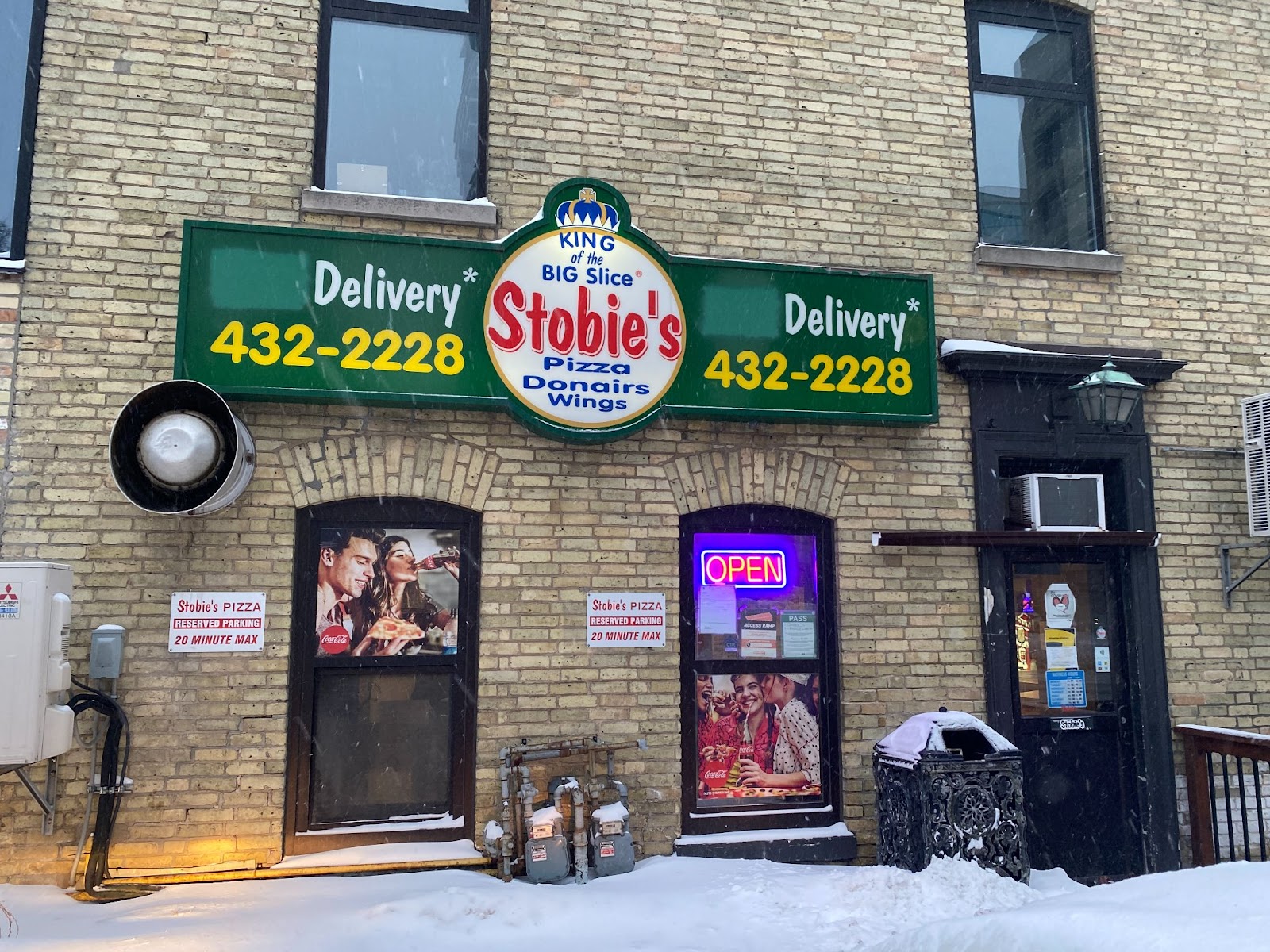 Please submit questions, comments and story tips below. We will get back to you within 24 hours.